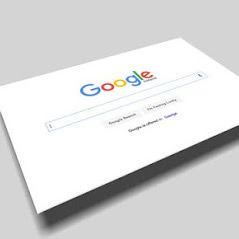 This is the free version of Power On. If you like it, consider subscribing to Bloomberg.com — you'll receive this newsletter several hours earlier and get exclusive access to a Q&A section with me.
This week: The long-awaited ruling in Apple Inc.’s suit with Epic Games Inc. arrives just before the iPhone 13 and Apple Watch Series 7 unveiling, the company has a new car boss, and Facebook launches its first smart glasses.
If it were up to Apple, this weekend’s discussion would have revolved around this coming Tuesday’s unveiling of the iPhone 13 and Apple Watch Series 7.
Instead, it’s all about Judge Yvonne Gonzalez Rogers’s long-anticipated ruling in Epic’s lawsuit against Apple, which she delivered Friday. On its face, the decision was a loss for Apple. But the company ultimately prevailed where it mattered most: She didn’t declare Apple a monopolist, didn’t rule the need for third-party app stores and so-called side loading, and didn’t slice its commission rate.
Even so, she set in motion the biggest change to Apple’s App Store business ever, forcing the company to let software makers direct consumers to outside payment methods, which would bypass Apple’s 15%-to-30% cut.
Apple could lose out on billions of dollars, but that only comes out to about 1% of its annual revenue (which is expected to top $360 billion in fiscal 2021). But it will make developers happy and is an absolute loosening of Apple’s App Store rules. Despite this being a clear loss for Epic, which sued Apple after its Fortnite game was bumped from the App Store, it’s still a win for developers. They’ve complained for years about Apple’s fees and inconsistent rules.
I think it’s also just the beginning. We could see more lawsuits from big-name developers and pushes from lawmakers to enact even further changes.
But what does this have to do with Tuesday? Well, the App Store is a big part of the iPhone and Apple Watch experience. And the company’s every step is being watched more closely than ever before by regulators and adversaries. Here’s what you can expect during this week’s presentation, an event it’s calling “California streaming.”
IPhone 13:
Apple Watch Series 7:
Here’s what else Apple is cooking up for this fall:
Follow along with me on Tuesday during the event on Bloomberg.com and Twitter, and look out for my thoughts in next week’s edition of Power On.
A week with Facebook’s new Ray-Ban smart glasses. I’ve been using the Ray-Ban Stories for about a week. The idea of taking photos from your face is interesting, but I think the functionality will quickly get old. The 5-megapixel cameras on the glasses aren’t bad, but they just aren’t in the same league as the camera system on any phone.

To share a photo, you need to launch a Facebook View app, press a button to download the pictures from the glasses, then either export them to another app or share them directly with Facebook. That’s a lot of steps for a not-so-great picture. The smart functionality — calls and music — is similar, but inferior, to AirPods or other earbuds.
Based on my math, buying a pair of Ray-Bans plus earbuds costs the same as a single pair of the Ray-Ban Stories. For my money, the functionality of the smart glasses is inferior to regular Ray-Bans plus AirPods plus my phone camera. I just don’t see the point of this pre-augmented-reality era of smart glasses. That’s not specific to Facebook either: I feel the same way about similar offerings from Amazon.com Inc. and Snap Inc.

Don’t ignore the fact that all of these current smart glasses makers know this. Facebook says it plans to launch AR glasses, Snap already announced a pair (without saying when they’ll ship), and Amazon is working on AR too.
As an aside, this is the difference between Apple and everyone else: Apple could launch a pair of smart glasses without AR today. They’re not doing that, however — they’re going to wait until that technology is ready. And I think you should too.

Apple Car chief quits for Ford, betting on a legacy automaker over Apple’s cash. Doug Field, who ran Apple’s self-driving car project, quit last Tuesday after only three years on the job. Even more alarming is where he went: Ford Motor Co.
My belief is that Field bolted because he didn’t believe in what he was building at Apple. If Field was able to successfully bring an Apple car to market, his legacy in the technology and automotive world — along with his bank account — would be set for not only his life, but for generations to come. He, of course, knows that. So leaving for a less cash-rich company that is not exactly known as a technology-focused enterprise probably means he wasn’t very confident in the Apple product’s future.
I don’t think this is the death knell for the car project, which has famously and very publicly been problematic for Apple, but I do think it throws the entire initiative in doubt. Upon the departure of Field, Apple appointed Kevin Lynch — the Apple Watch and Health software chief — as the head of the car work. That tells you everything you need to know: This is still a software project.

There was discussion last year pointing to an Apple Car production ramp-up in 2024. That was never true. As I reported in January, an Apple Car is a long ways away. And now the wait just got longer — or infinite.

An FCC filing pushed Globalstar’s stock up 30% because of Apple speculation, but it has nothing to do with Apple. When I broke the news that Apple intends to add satellite functionality to the iPhone next year for emergency uses, I said that Apple’s likely partner on such technology would be Globalstar Inc. The speculation around Apple’s plans has sent investors in Globalstar’s under-$3 per share stock into a tizzy. Last Wednesday alone, the company’s stock jumped 30%. Why? Because investors seized on an FCC filing that purportedly confirmed a partnership with Cupertino.

News about the filing sent finance Twitter ablaze, with tweets claiming that an “FCC filing shows Apple Inc. as a Globalstar partner” piling up last week. But if you read the filing closely, you’d know it has nothing to do with Apple. It doesn’t mention Apple’s name at all and is actually related to a project that Globalstar is working on with NASA.

Here’s what Tim Farrar, the foremost analyst on satellite matters, told me: “In order to deliver a two-way emergency messaging service to an iPhone, Globalstar would need to implement a high-power return channel for its existing SPOT simplex service. However, as it says in the application, this authorization is for regular data communication with NASA’s PTD-2 satellite and does not relate to smartphones on the ground.”

So there you have it: Globalstar’s stock jumped 30% based on something that didn’t actually happen. That being said, I still do believe that Globalstar could be an Apple partner. It’s just that this FCC filing isn’t proof of that.
The Apple event is on Tuesday. (Have you heard?) Follow along for my live coverage on the Bloomberg Terminal, Bloomberg.com and Twitter. Apple will be streaming the keynote live at 10 a.m. Pacific time on Apple.com.
Q: What’s the latest with Apple and its acquisition of payments company Mobeewave?
Q: Why is Apple even trying to build a car?
Q: Why would Apple put the head of Apple Watch software in charge of the car project?

Email me, or you can always send me a tweet or DM @markgurman.

I’m on Signal at 413-340-6295; Wickr and Telegram at GurmanMark; or ProtonMail at markgurman@protonmail.com.